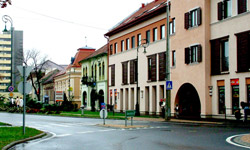 The town is the center of the geological area called Kemenesalja for more than 750 years of history. There is a still visible ruin of a Romanesque abbey which was built in the Xll century located in the western outskirts of the city.

The Benedictine abbey was established in the town during the XIII century. This had become a famous place of pilgrimage to the sixteenth. The Virgin Mary Roman Catholic Church was built in 1747-48, and the Calvary in 1755 in. After this th town could become a complete place of pilgrimage. Coptic abbot Odo separate chapel built the church " Miraculous shrine " for over the sacristy and treasury brought up . Located next to the church of the Benedictine abbey, now works in the Mayor's Office . Behind the church is Calvary built in 1755 , in the square next to the church was completed in 1836 Trinity statue is located.

The city's outstanding events : the September 12 to - day Mary - related party ; the Harvest Festival to be held in the fall Sághegyi ; Crater Concert in May Sag mountain ; Festival and the Theatre Festival , organized by the Louis Soltis Theatre ; Kemenesalja Arts Festival ; Choirs Festival; International Volcano -Football ; the Trianon Memorial Day ; parts of the town separate events : the Lower Maternity Spring Days and the Izsákfa Village Day . 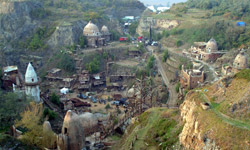 The mountain is nearly five million years old, 279 feet high basalt volcano. A large part of it is a natural reserve. The ornithological and geological trail and the collection of the local museum assists to keep natural landscape, historical and cultural values of this area.

The top of the hill stands the Trianon Memorial Cross, which was built by donations of the local population in in 1934 to commemorate the peace treaties at 1920. Eotvos Lorand provided his research with geodesy pendulum (named after him) In 1891. Significance of his research is marked by a monmument today. 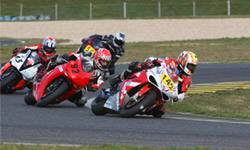 The car and motor sport enthusiasts a unique experience provides rare and in 1997 opened 4,700-meter speed track. In addition to training and competition in national and international race is upheld. Every year in October the first half of pupils of primary school age in the county will occupy within the limits of the County Youth Sports Day. During the event, biking and running race can measure their speed, presentations, colorful and spectacular event. Track 11 right turn and left turn 7 has a width of 11-13 m. The start-finish straight length of 700 m. Its maximum speed is 260 km / h. Fun addition to providing safety, due to the development of run-off areas. Its specialty is that to ride in both directions.